How to Advertise Your Brand on Social Media

When social media first came on the scene, it flew under the radar for the majority of businesses. Even during the advent of Facebook Business Pages, this was still somewhat the case. These platforms were the new marketing frontier and for early adopters, truly the wild west of digital marketing; a place where organic reach ran free up until, well, the ‘reachpocalypse.’

Now, we live in a world of oversaturation and rented digital land that’s now cashing in across business owners on eyeball dividends. If you choose to have a presence on social platforms, it’s impossible to ignore advertising as an important aspect of your overall strategy. And before you even ask if proper hashtagging on Twitter will do the reach work for you in lieu of spend, the answer is: no.

Ironically enough, even when knowing this, many brands are still hesitant about dedicating advertising dollars to social channels. From our experience, this comes from a lack of guidance in the strategy department.

After all, spending money behind your content shared is not just about pressing a big ‘Boost’ button and assuming that Facebook, Twitter, or LinkedIn will do all the heavy lifting. There’s always a method to the madness.

Here are some quick insights into how to approach advertising your brand on social media.

Consider the Message and Platform

Your experimental advertising budget has been approved by management and you’re ready to pull that trigger. Before you get too gung-ho with spending those dollars, take some time to weigh the options in front of you.

This year has been one of fake news, scandal, and executive departures for the social giant that is Facebook. And even with recent changes to its advertising platform, there’s still potential to connect and engage with potential audiences across every stage of the sales funnel through their offered solutions.

In general, Facebook and Instagram—a platform that’s also under the Facebook umbrella—seem to be the cost-efficient catchall for most B2C brands. The targeting potential for awareness-based ads is pretty sophisticated in relation to other channels. Additionally, they make it easy to build out longer-run campaigns through retargeting.

Facebook may have been under the spotlight for its own negative reasons over the past year, but Twitter has itself been under scrutiny for some time now. As far back as 2016 (if not earlier), people have been predicting the death of the platform altogether. So much for keeping the faith!

Even so, the network still provides brands with a means of getting in front of audiences… for a fee. Advertising on Twitter tends to be most popular across those looking to play off timely events or those trying to reach consumers in a specific location. This may be somewhat unsurprising when considering the channel’s ability to foster conversation around trending topics that fade into the ether just as quickly as they begin.

A channel that can prove much more costly than one like Facebook, LinkedIn ads certainly have a place in the B2B advertising arsenal. Consider it as an investment that results in reaching prospects with specific, relevant audience targeting. LinkedIn now also allows for video-based ad, as well as custom audience creation.

Pinterest remains somewhat overlooked and quite possibly, underrated in the world of social media advertising. This is perhaps because, in comparison to other platforms, their ad capabilities are still fairly new. Primarily for B2C companies and those looking to boost visibility across their content marketing efforts, promoted pins offer a vast amount of opportunity.

Give Custom Audiences the Advantage

One mistake social media advertisers will often make is failing to take advantage of the complexities offered in audience targeting. They’ll focus on interest-based segments alone with a concentration on growing their social followings rather than encouraging traffic back to their owned assets (like their website/blog).

If you’re not trying to create experiences that convert, at some point, you’re missing out on the true capabilities offered by these platforms. Whether it’s a healthy email list or segmented group of web page visitors, give weight to building out campaigns that keep those familiar with your brand engaged, rather than constantly trying to reach more and more new eyes alone.

Ongoing strategy is just as much about the planning process as it is the evaluation process after the fact. Keeping a data-driven mentality when gauging the success of past campaigns is what’s going to elevate them moving forward.

After all, if you keep putting money behind a video campaign on social just because you like the video or think you should because of how much was spent to develop it, you might as well put those dollars right in the trash. Then again, if you’re doing so because the video attracts a lot of conversation, clicks, and a high watch rate, you might just be onto something.

Final Thoughts: How to Approach Advertising Your Brand on Social Media

Spending money on social media-based advertising is only a waste when done hastily. Dedicate time to understand how budget, audience, messaging, and platform all work together and the rhythm of success will develop right alongside your learnings. Just know that it’s acceptable and pretty normal to see campaigns fail. When it happens, take note, make adjustments, and carry on.

Share on FacebookShare on TwitterShare on Linkedin
Social Media

How Customer Personas Have Evolved in the Age of Digital

How to Measure Success from an Influencer Program 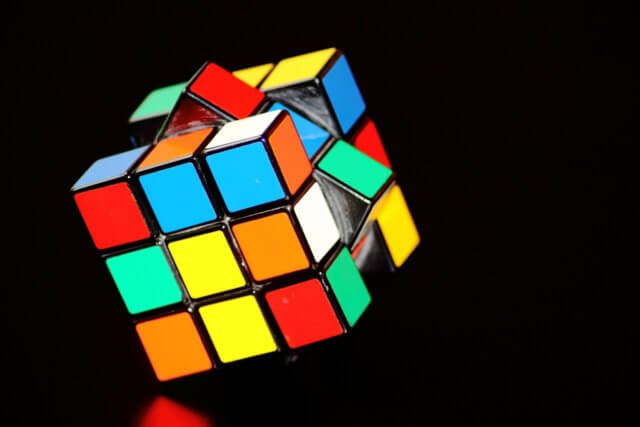 The Make-Up of Your Digital Marketing Team: Skills and Roles to Consider